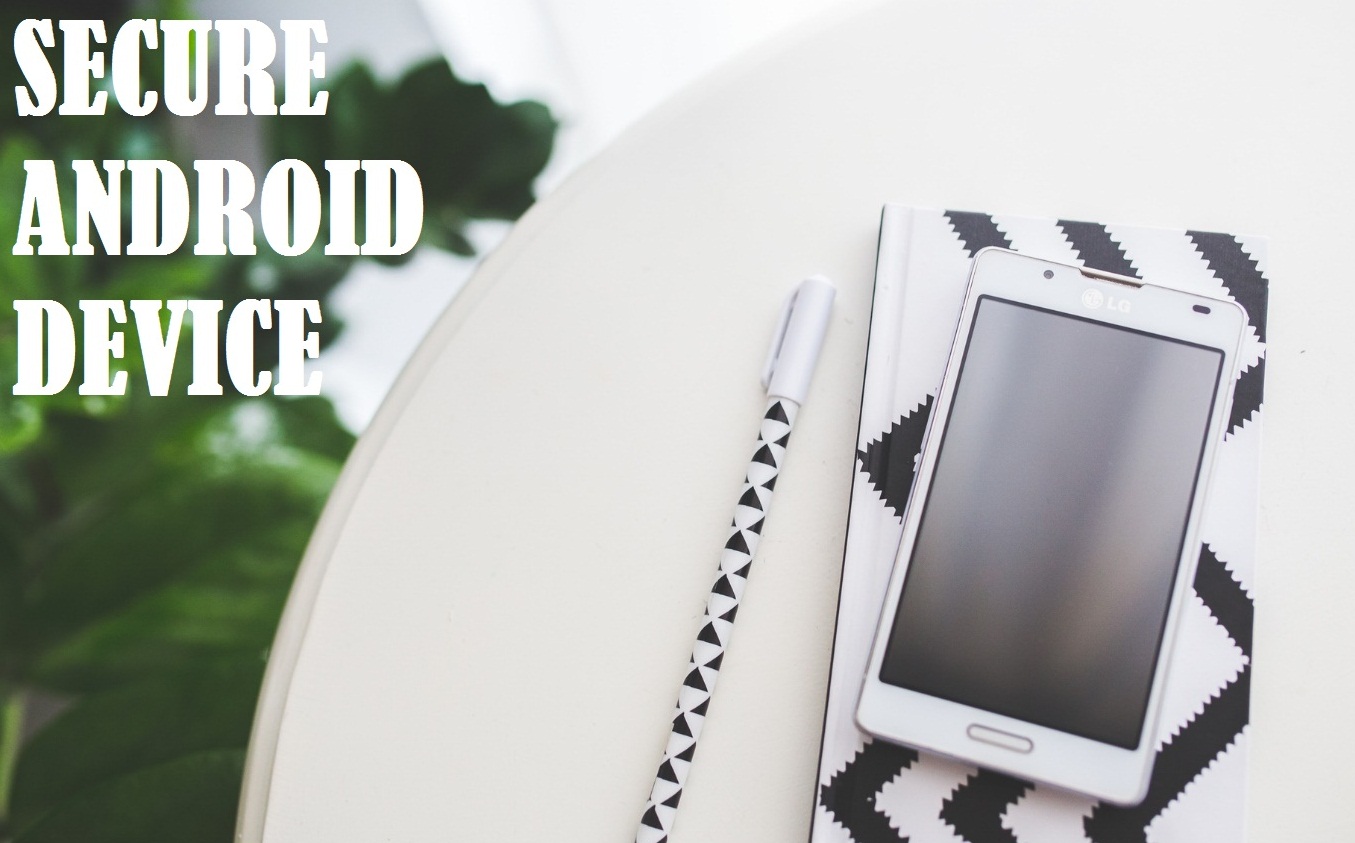 10 Ways To Secure Your Android Device

According to a report, 95% of the Android devices are at risk. Well, don’t worry, it is just a figure to remember where the remaining 5% smartphones include Nexus devices and the recent Blackberry Priv. Recent major vulnerabilities have been patched and currently there’s no major vulnerability discovered by security researchers. However, if you want to keep your Android device secure and you’re really serious about the important confidential data on your device, then you would have to assume that your device is at risk.

Tips To Secure Your Android Device

#1. Always Use An Applock

An app locker is a must when you talk about securing your device. It ensures that your data is safe even when you are offline. However, there’s a recommended checklist that you should follow after installing an App locker. Here’s the list:

Not every Applock available at Play Store is secure. Recommended Applocks would be – Hexlock, Lockdown Pro, Applock, Smart App Lock & Leo Privacy Guard. For me, Lockdown Pro is the ultimate choice.

Having an app locker doesn’t mean that you shouldn’t use the stock security features. You should use the screen lock which would ensure complete offline security from unauthorized users. Also, you would be able to use stock smart lock features if you have screen lock enabled.

#3. Try To Get A Premium Antivirus Package

Yes! Antivirus apps are necessary! They provide some of the most needed Anti-theft features and also offer high-end malware detection technologies. There’s a reason I mentioned – “Premium”. You’ll get some amazing features if you opt for paid Antivirus subscriptions and obviously it would be more efficient with additional features that you unlock after the purchase.

#4. Use VPN Apps For Android

Now, that you have secured your device against malwares and intruders, you would have to also deal with the hackers. If you are on a Public WiFi network, chances are that your credentials have been already stolen but you won’t know either. Well, whatever be the type of connection you are using to connect to the Internet, that isn’t encrypted by default. So, a snooper can get his/her hands on your sensitive data and credentials.

Now, how should you prevent it? It’s simple! You need a VPN app in order to encrypt your network connection which can’t be easily hacked. Hackers always look for easy targets, they won’t waste their precious time, unless you are Bill Gates. You can go through the list of top vpn apps for Android to help you along in choosing the best VPN app available at the Play Store.

Keeping your Android device secure doesn’t completely relate to the device but it also depends on the services/accounts you use on the device. In an Android smartphone, you’ll be connected to a Google account. The account may contain various information (if synced to your device), starting from contacts to other sensitive data. So, even if your device gets affected by any kind of malware or key logger (which automatically sends your password to an unauthorized user whenever you type it), and you have 2-Factor Authentication enabled for the account, you can still feel safe, because your account can’t be accessed easily.

But, if you haven’t enabled 2-Factor Authentication services, then all of your accounts would be at risk along with the data on your device.

#6. Ensure Having The Latest Android Version

Just following various methods to secure your device won’t work unless you have the latest Android version. Why is that? Manufacturers often push Android updates to fix specific bugs or for improvements, and in worst case, security updates. But, if you own a device manufactured by companies who don’t offer stock Android (which runs on Nexus & Moto series), make sure you know about the company’s terms and conditions for Android update. If the company has a bad reputation in providing Android updates, then you should move on to get a device manufactured by someone who gives Android updates a greater priority.

Security is the main reason behind any major Android update. If you get have the latest version, then you would be safer than others who don’t.

If you are looking for mid-range smartphones (less than 20,000 INR) offering upgrades, Motorola (Lenovo) smartphones should be your choice. Nevertheless, if you have a budget better than that, there’s no one better in providing Android upgrades except the Nexus series built by various manufacturers which include LG, Huawei & Motorola.

#7. Do Not Install Apps from 3rd Party App Stores for Android

If you feel like that Play Store isn’t enough for you, then you should probably try out other stores on different mobile operating platforms like iOS & Windows. But, don’t ever download apps from 3rd Party App stores for Android. Why is that so? It contains malware! A whole lot of it! It’s like, you are injecting malware into your device knowingly.

Mostly users encounter Play Store errors while downloading an app. If you are in the same situation and you are not able to resolve the problem, then you must be in search of the APK file for that specific app.

But, wait! There’s only site that offers stable as well as unstable legit APK files, and that is APKMirror.com which is the property of Android Police. And, for additional verification, they have put up the SHA keys for you to verify & assure that the apps have not been modified. So, those are official APK files!

Do you use messengers? If yes, do they include – WhatsApp, Messenger by Facebook, Hike and other similar attractive messengers? Well, you’ll be shocked to know that the above mentioned messengers aren’t secure as they promise. They store your conversation logs and share it with the government agencies, which might include any sensitive information that you don’t want the world to know.

So, if you want complete privacy and security, then you ‘ll have to start using messengers like Signal & Chat Secure. And, if you are in search for a feature-rich but a highly encrypted messenger, then “Threema” should be your choice. When you start using them, no one can trace a single information from it about your device.

You must have encountered an app asking you to add it as a device administrator so that it can’t be uninstalled directly without authorization. And, while installing APK files, you need to enable the option in the security settings to allow installation from unknown sources.

You’ve to be careful when using these two options. If the app is immensely popular or you trust the app with your device security, then you may add that as a device administrator. But, if you are unsure, then adding the app would put your device’s security at risk.

The above mentioned measures won’t be there always, chances are, the above methods may even get obsolete as hackers improve their methods to hack an Android device. But, for now, you have the opportunity to secure your device. So, I would suggest you to take measures when it’s not too late.

Bid farewell to the hackers and cheers to security!