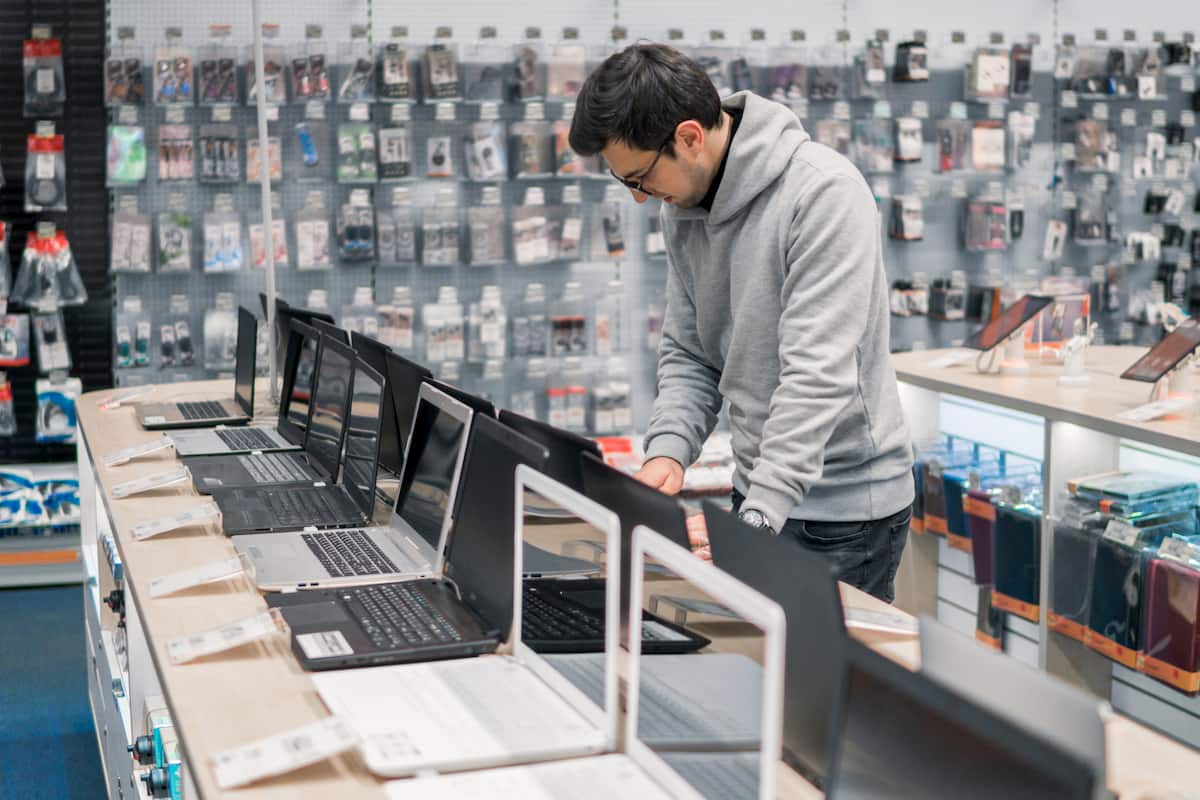 What to Look for In a Laptop: Everything You Need to Know

Total PC shipments, including laptops, reached 70.6 million units in the last quarter of 2019. That’s a 2.3% rise in shipped units from the same quarter of 2018. In total, 2019 saw 261 million computer units shipped throughout the world.

However, in the second quarter of 2020, PC shipments edged up to a staggering 72.9 million units. The fact that more people now have to work or study at home is one of the biggest reasons for this increase.

If you need a new device yourself, you’re likely wondering what to look for in a laptop. Should you go for one with the biggest screen, or would it be best to focus on memory? What specs should you even be looking at?

All these are good questions, but they’re not the only things that matter when buying a new laptop.

To that end, we came up with this guide covering all key laptop buying considerations. Read on to know what they are so that you can purchase the best gear for your needs.

Who You Are and What You Need the Laptop For

The average student may only need a laptop for research, homework, and projects. Therefore, it won’t really make sense for them to buy a $2,000 laptop. Dell, HP, and Lenovo make budget-friendly laptops powerful enough for most students’ requirements.

On the other hand, a remote worker may need more computing power, depending on the type of job they do. For example, graphic artists often run huge programs like Adobe Photoshop. Since they also need more space (for their raw photos), they should go for at least a mid-tier laptop.

With that said, factor in your specific needs first, such as the stuff you’ll mostly do with your laptop. This way, you can stay on budget while still ensuring your computer has enough power to meet your demands.

There are several operating systems you can choose from, but the two main ones are Windows and macOS. More than three-quarters of computers in use run Windows. macOS, by contrast, only accounts for over 17% of the OS market.

Here are a few key differences between the two to help you decide which OS to get.

Windows-running computers are often more affordable than Apple’s macOS devices. With a budget of $500 to $1,000, you can already get a solid mid-tier laptop that runs Windows 10. By contrast, the most affordable Apple laptop you can get already costs $999.

Windows devices, like Lenovo laptops, also often offer a greater degree of customizability. It’s easy to set them up with internal add-ons or boosters, such as more RAM or hard drive space. Most universal peripherals are also compatible with Windows laptops.

Many people tout Apple’s macOS as safer and more secure than Windows. The primary reason for this is that fewer people use Apple computers. Cybercriminals are after money, which is why they usually target Windows users.

Do note that Apple computers aren’t invincible to malware attacks, though. For instance, they can be twice as likely to get infected with adware compared to PCs. However, most other types of malware are still more prevalent in Windows devices.

If there’s one thing you can’t upgrade in a laptop, it’s the size of the screen. Once you purchase a laptop, you can’t take off its screen in favor of a bigger one. As such, think about this carefully, or you may end up with one that’s too small and restrictive or too big and bulky.

Laptop sizes can be as small as 11.6 inches or as massive as 17.3 inches. If you do a lot of creative work, such as photo/video editing, you may want to go with a bigger screen. The same goes if you plan to use the device mostly for gaming.

If you’re a student, then a smaller screen may already be enough to fulfill your needs. This way, you can also ensure that your laptop remains portable and lightweight. Otherwise, you’d have to haul around a bulky and heavy device every time you go to school.

Of course, everyone would want a fast processor since this means that apps will load quickly. Moreover, a higher processing power means that it can run many apps at the same without issues. There are also fewer latency issues associated with bigger CPUs.

As you can imagine, though, the more processing power a laptop has, the more expensive it will be. As such, you also need to consider the exact activities you’ll be doing with your laptop.

If you do a lot of labor-intensive tasks, then you definitely need a robust CPU. However, if you’ll use it mostly for research, text, and a bit of photo/video editing, then a mid-tier CPU may be enough.

RAM refers to the active working memory of a laptop (or computers, in general). The bigger a device’s RAM is, the more information it can work with simultaneously. In this way, the more RAM your laptop has, the more “thinking” capacity it has.

This also means that your computer can run more apps without issues if it has more RAM. It can do more actions at the same time without lags or latencies.

Some older (and cheaper) laptops may only have 4GB of RAM, which is too small even for the average user. The least you should get is 8 GB, but if you have a bigger budget, consider going for 16 GB. If you’ll use the laptop for more labor-intensive tasks, go with at least 32 GB.

Speaking of RAMs and GBs, note that active internet browsers can use several GBs of RAM at a time. For instance, opening 10 tabs of browsers per session can already consume 750 MB to over 3 GB. So, keep that in mind as you shop around for a new laptop.

Solid-state drives (SSDs) are at least four times faster than traditional hard drives. Moreover, SSDs don’t come with physical moving parts, so they last longer than HDDs. That’s why reputable laptop makers have made this the default on their products.

As for the actual storage capacity, most modern laptops start with a base of 256 GB. For a student, this may be enough, but you can also go with 512 GB if you plan to store a lot of files on the laptop itself. You can then store copies or backups of your files on the cloud so that you can store more apps on your computer.

One of the most important things to look for in a laptop is how long it’ll last between charges. This is especially important for users who usually use their computers on the go. Lower-end laptops can run for only a couple of hours, while pricier ones can run anywhere from 4 to 22 hours on a charge.

Do note that laptop activities and processes also affect battery life. The more power-intensive the task is, the greater its draining effect on the battery. These include watching videos, playing games, and streaming. Also, the larger the screen is and the higher its resolution, the more battery power it uses.

If you’ll use your new laptop for creative tasks, such as photo/video editing, go for a Full HD device. This way, you can get 1080p resolution (high-definition).

Better displays are also available, ranging from 2560 x 1600 to 3840 x 2160 (4K). These are the ones often used by professionals in the creative sector. However, their extremely sharp and vivid display features make them quite power-hungry.

Be sure to factor in your existing peripherals when shopping around for a new laptop. That’s because their cable connections may not be compatible with newer laptops. For example, newer MacBooks only have Thunderbolt ports, which aren’t common in peripherals.

You can always get a dongle or a dock, but it’s best to get a laptop that offers a slew of various ports. At the very least, it should have an audio jack, an HDMI port, and a few USB 3.0 ports.

There you have it, the most straightforward guide that answers your question, “what to look for in a laptop?” As you can see, there are a lot of things to consider, so make sure that you write down the key points in this guide. Feel free to bookmark this page, too, so that you can reference it once you’re ready to spend all that dough on a new device.

Ready for more of the hottest tech, AI, and geeky news? Then be sure to check out our site’s other news articles and blog posts!

6 Elements of SEO That Will Increase Traffic to Your Site

Read More
Table of Contents Top 5 Reasons For Not Buying iPhone 6 & 6 Plus#1. Happy With An iPhone 5…
Read More
TTechnology