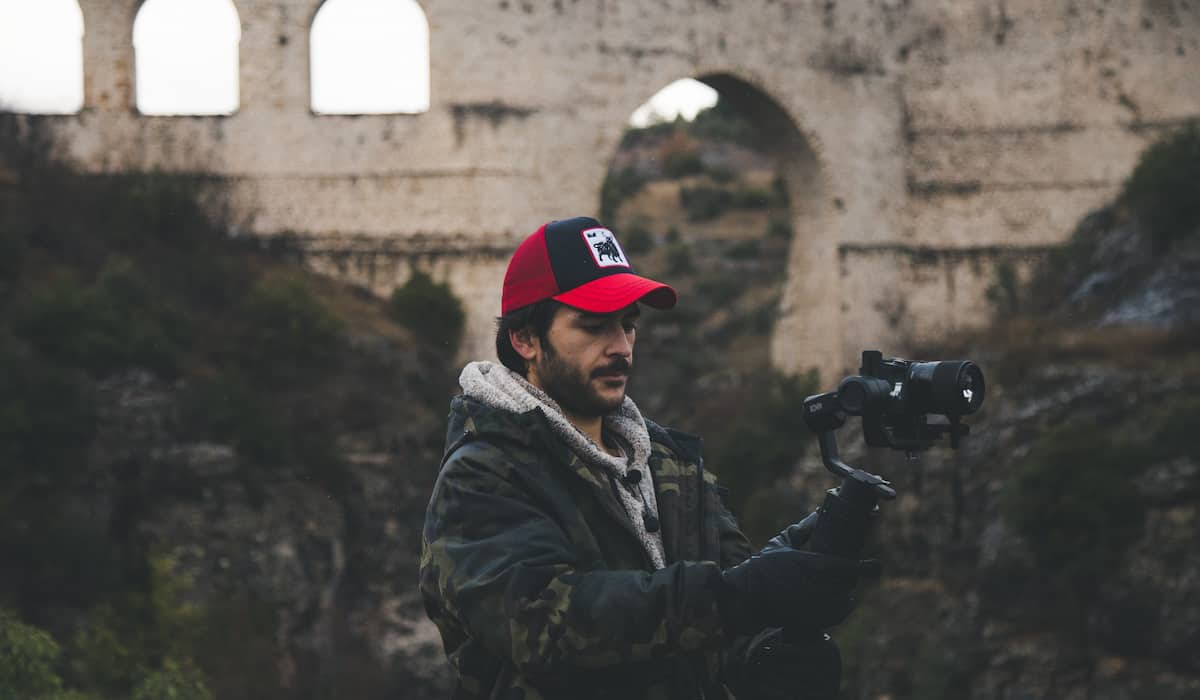 Many amateur vloggers take an “if you make it, then they will come” approach to promoting their videos.

In other words, they don’t make much effort to share their videos after making them—thinking that their videos are so awesome, people will magically stumble upon them, watch them and love them.

Unfortunately, that’s usually not what happens.

If you want to rapidly grow your vlog audience, then you can’t leave things to chance. Instead, you’ll need to spend as much time promoting your videos online as you do making them. Here are 6 tips you can use for promoting your blogs while doing so.

Tips For Promoting Your Blogs

These days, countless vloggers are churning out videos on practically any topic that you can think of. With so much choice available, why should people watch your videos instead of those by another vlogger?

This is where it helps to establish your credibility. For example:

Mention as many of these as you can when promoting your videos, so that your audience comes to trust you as a credible and authoritative source of information.

Law admissions consultant Sydney Montgomery of S. Montgomery Admissions does this well. Her educational and professional qualifications are prominently listed on the About page of her website:

She has also released video collaborations with other reputable individuals in her industry on her YouTube channel.


2. Use the best equipment for video and sound recording

Although they may not know it, people will be judging your videos not just by what you have to say in them, but also by their production quality.

So to be seen as a respectable vlogger (or at least, to not be seen as a dodgy one), you’ll want to produce the highest quality videos possible, using the best equipment that you can get your hands on.

This is especially if you’re in the business of vlogging about the latest tech gear.

You can’t expect others to take you seriously if you call yourself a tech vlogger, but you’re filming with a camera that produces awfully low-res footage. Or if your sound is so bad that people can barely make out what you’re saying.

Instead, take a leaf out of the book of tech video channel Linus Tech Tips—vlogger Linus and his team consistently push out superb videos with crisp visuals and crystal-clear audio.


In fact, the team constantly experiments with the latest high-end video and audio gear, which can cost as high as five figures.

But don’t worry: you don’t need to be as hardcore as Linus.

Just go for the best equipment that your budget will allow for the time being. You can always upgrade later as your vlog grows.

3. Develop a unique brand for your vlog

As a vlogger, you will likely have a prominent presence in your videos. After all, you will be the one talking to the camera and interacting with your fans.

So to further stand out from others doing the same thing, develop a unique brand for your vlog that showcases your personality and expertise.

The result? People will come to watch your videos not just for anybody’s perspective on issues, but for yours.

As an example, there are plenty of food reviewer vloggers on YouTube. But stand-up comedian Nigel Ng became an overnight sensation after posting a particular video of him reviewing the BBC Food’s egg fried rice recipe.

How did he do it?

Well, he didn’t just discuss the egg fried rice recipe like how a normal person might have.

Instead, he did so using his “Uncle Roger” alter ego, who is a middle-aged man from Hong Kong who delivers blistering critiques in a strong Hong Kong accent.


With many humorous moments, and quotable lines such as “How can you drain rice with colander? This is not pasta!”, Nigel’s egg fried rice review video went viral and launched him into stardom.

As of writing, that notorious review video has gained over 22 million views.

This is a great way of repurposing your videos for promoting online, without doing too much extra work:

Take your full-length videos, and cut them up into shorter, bite-sized snippets for sharing on social media.

Then, when you post your video snippets online, link back to the full video for your followers’ viewing pleasure.

Entrepreneur Gary Vaynerchuk is a master of this strategy. His Instagram feed is full of video snippets extracted from longer talks and speeches that he had given elsewhere:

Some of these video snippets then link back to the full videos on IGTV.

Here are some tips to keep in mind when creating video snippets:

5. Produce trailers for your videos

Video snippets are created after your video has launched. But you can also do the opposite, and release introductory trailers online to promote videos before they drop.

Movie studios have done this for ages, producing trailers to announce and generate buzz for upcoming movies. This trend has caught on in the vlogging world, too.

Your trailers can be released as standalone videos. Or, they can be tacked on to the end of other videos that you have already released.

In one video by engineer Mark Rober for example, he first walks viewers through its main content—namely, planting glitter bombs for unsuspecting package thieves.

But afterward, he teases an upcoming video where he collaborates with a gray-hat hacker and the authorities to uncover scam syndicates:


Also: when releasing trailers, be careful not to commit this mistake (which even some movie studios make):

You want to create excitement over them without giving the game away. Otherwise, people will have no reason to wait to watch the full video.

Apart from promoting your videos on Facebook and Instagram, another platform that sometimes gets less love—but which can be just as powerful in helping you get the word out—is Twitter.

Unlike Instagram for example, you can easily add clickable links to your tweets on Twitter. This makes it more convenient for your followers to leave the platform to watch your videos, and more likely that they will do so.

As a result, your tweets may look “naked” and unappealing when you try to promote your upcoming videos.

To get around this issue, embed eye-catching graphics in your video promotion tweets. Here’s an example from Japanese/American vloggers Rachel and Jun, who recently tweeted to promote their video about building a cat-friendly house:

An update on our design plans for our cat house, as well as the cat house options that different Japanese companies offer! pic.twitter.com/ryjkmZjfwp

Graphic design platforms such as PosterMyWall offer social media templates that make creating such graphics a breeze, even if you’re more familiar with video production than graphic design.

Go Out And Promote

You’ve spent a ton of time and hard work to produce quality videos. Now, it’s time to promote them far and wide so that your videos are watched by as many people as possible.

While anyone can drop a couple of links in their social media posts, use the tips above to create an effective strategy for maximizing your viewership.

Start by giving people a reason to watch your videos, by showing off your credentials and personality. Then, package your expertise into high-quality productions that are a joy to watch.

And last but not least, promote the heck out of your videos—before and after they’ve been released, and on as many social media platforms as you can.

If you do this consistently, then slowly but surely, you’ll be on your way to becoming the next vlogging star.

Read More
Table of Contents Below we’ll list 10 savvy tips you need to know1. Get Into an Inbound Mindset2.…
Read More
TTechnology

Read More
Know about WhatApp Sim launched by Facebook as WhatSim for using free Internet Around the World. Facebook which…
Read More
TTechnology