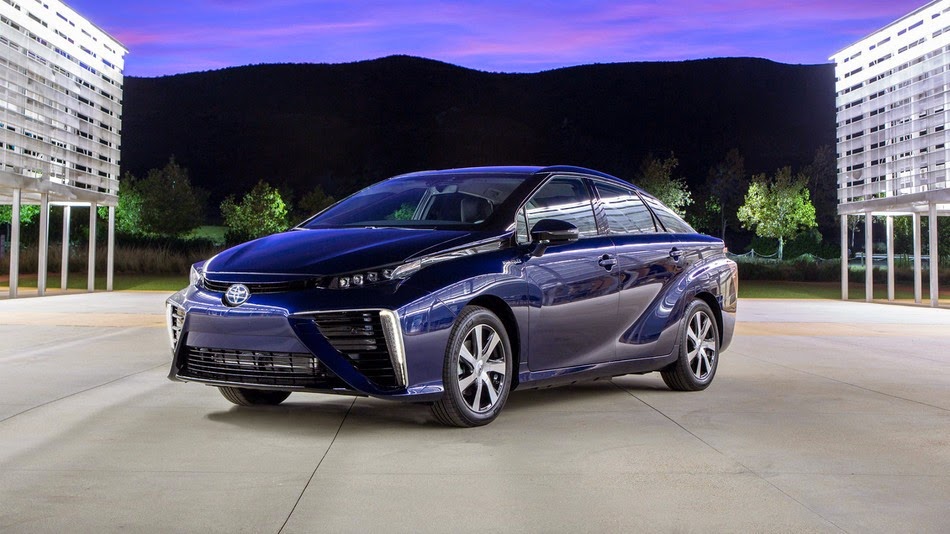 The water powered car, called Mirai was first unveiled in June 2014 (Mirai means ‘future’ in Japanese). This four door vehicle is coming to America in 2016 along with the 12 hydrogen fuel stations to support its launch.

The hydrogen stations will be placed in the Boston and New York areas, which makes network with  New Jersey, New York, Rhode Island, Massachusetts and Connecticut. More details on the exact places for station will be revealed in the coming months.

Toyota previously announced that 19 hydrogen fuel stations would be placed in the California.

Toyota’s CEO “Akio Toyoda” said that the car can run 300 miles on a single tank of the hydrogen. The hydrogen cell creates as much electricity that can be use to light up a house for a single week. The main benefit of hydrogen fuel is that it can be fill up in only 5 minutes from the station.

Toyota also said,”Car’s low center of gravity would give it very dynamic handling. The auto manufacturers also noted that the hydrogen powered car has spent millions of miles on test tracks & various crash tests have been conducted.

In June 2015, Toyota promised to launch another car that can run over 435 miles on one tank and can be refill in just 3 minutes.

The car price will be approx 7 million yen in Japan and $60,185 in U.S, which will become a competitor to Tesla’s Model S, which starts from $69,000. Exact Pricing in the America has not been announced yet.

How to disable WhatsApp's Blue-Ticks Feature

How to ADD Floating/Pop-up Adsense ads widget in Blogger