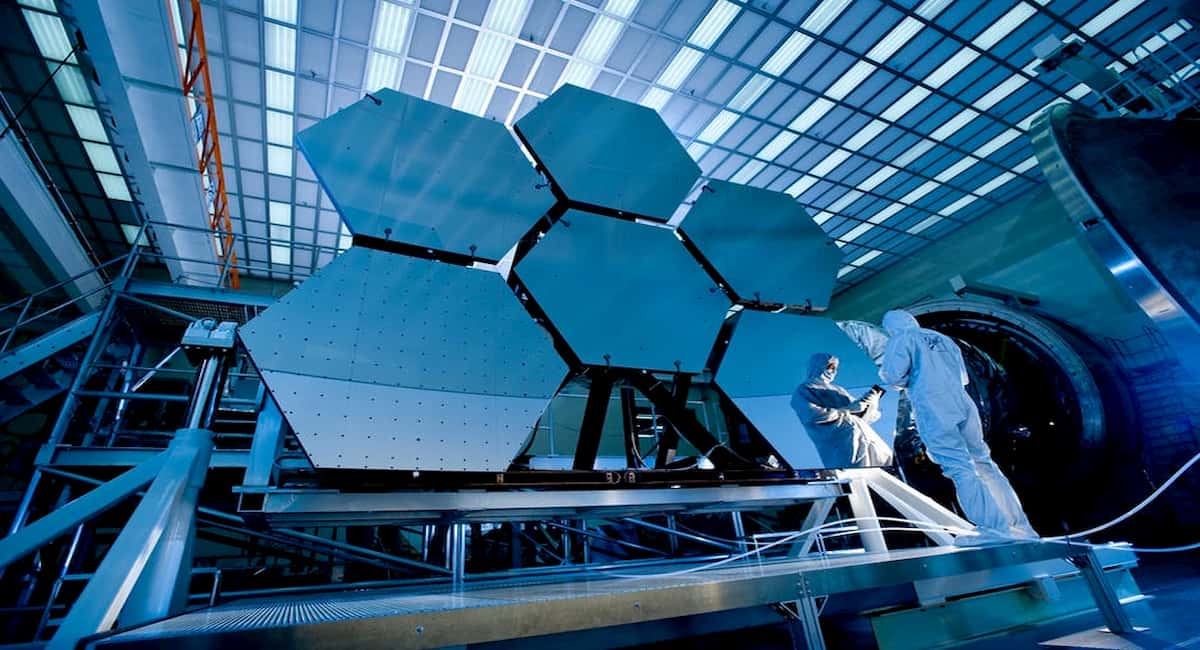 In turn, warfare itself has always been a powerful catalyst for technological progress. Its terrifying nature forced us to go above and beyond what we think we’re capable of. Astronomically high military budgets help facilitate this evolution as well.

Today, a heap of mind-bending futuristic weapons is just around to corner or already jazzing things up. Yes, we know they may seem like concepts that borderline on science-fiction.

Yet, they will serve the means of protecting national borders and interests. We’re going to see them dominating the global theater of war.

So, without further ado, we present you the cutting-edge of the arms and defense industry.

You can’t shoot a target that you can’t see.

That has been the logic behind camouflage since the dawn of time. Now, the BAE system is determined to create a solution that would completely blend vehicles with the surroundings.

The honey-comb-like system is modular and can be applied to all types of vehicles. We’re talking everything from battleships to armored vehicles.

You could say ADAPTIV is the closest thing to invisibility cloak we have.

A new weapons program from DARPA is a stuff of nightmares for enemy forces.

It mounts a magnetic flux generator to fire projectiles without any chemical explosives. The result of this innovation is a more precise and efficient launch.

MAHEM also uses molten metal, which improves armor penetration. It explodes upon impact, effectively destroying targets from the inside out. Hence, it can be effectively deployed to engage armored vehicles and reinforced structures.

In the years to come, this system might replace conventional, explosively-formed counterparts.

Tanks have long been the tip of the spear plunging into the heart of enemy positions.

This could continue to be the case and the solid proof comes from Israel. Its military unveiled three prototypes of Carmel Tanks, which can be manipulated with console-like controllers.

They are agile and easy-to-maneuver, supporting two crewmembers.

The machine also comes with AI and improved visibility capacities. Initial testing is over and Carmel system will probably be installed to a wide range of armored vehicles as well. Armies of neighboring countries are put on alert.

Robots have already taken center stage in many areas of modern warfare.

They assist or replace human soldiers in dangerous missions, dramatically reducing casualties. Just take a look at MAARS. It’s produced by Qinetiq and represents the latest member of a TALON family.

The system is essentially a robot armed to the teeth. It boasts a 400 round M240B machine gun and a grenade launcher. On top of that, it’s capable of dragging injured soldiers out of harm’s way.

The top speed is 7 mph and the battery lasts for 12 hours. The system is remotely controlled, so we don’t have to worry about AI going haywire.

China is going to great lengths to modernize its military.

Weapons such as portable sonic guns are supposed to drive this monumental endeavor. Powered by an inert gas, they don’t fire any sort of projectile but focused sound waves.

Soldiers simply have to point the gun in the right direction and pull the trigger. The outcome is something truly scary. The weapon causes people’s eyeballs, eardrums, and brains to vibrate painfully.

The government may let military and law enforcement officers use it for crowd control. It sounds like an ultimate riot killer to us.

The dawn of precision-guided firearms is upon us.

In the process, the precision-guided system reduces the likelihood of human error.

It proves deadly even at long distances (up to 1,280 m) and when shooting at moving targets. A-15 and similar rifles, which brands Strike Industries offer, could be pioneers of this system.

As the name suggests, LaWS is a groundbreaking laser cannon.

It’s designed to serve on-board naval vessels. The main value proposition of this weapon is pinpoint targeting. LaWS can obliterate a wide range of targets and wreak havoc on enemy fleets.

To be more precise, it shoots an infrared beam from a solid-state laser array.

Tests confirm it’s both more effective and cost-efficient than traditional projectile cannons. In order to fulfill its role, it only requires ample power supply. We can finally bid farewell to the hassle of creating, storing, and maintaining missiles.

Next off, we have another solution tailored to making a soldier’s job easier.

HULC is essentially an exoskeleton suit propelled by hydraulics. It empowers soldiers to carry heavy loads for prolonged periods of time. They can do it without experiencing fatigue and exhaustion too.

The frame of the exoskeleton does all the heavy lifting, minimizing the risk of injury. At the same time, soldiers are able to exert a full range of motion and use other equipment freely.

Except for the price, there’s no tradeoff to speak of.

This hulking cannon is an imposing weapon in every sense of the word.

First of all, it comes with tremendous firing power and can reach targets at over 4,500mph. Nothing can stand in its path of destruction. It cuts through concrete like a knife through hot butter.

Once again, we see how far we can get ditching conventional explosive rounds. Laser energies are a sublime blend of range and precision. The only drawback is they tend to devour a ton of power.

There’s still a way to go when it comes to optimizing their output and performance.

There was no way to avoid having AI on the list.

The Sentient Program gets the spot it deserves. It’s developed by the National Reconnaissance Office (NRO) and it was only recently stripped of its secret status.

You can think of Sentient as an advanced AI brain with the immense analysis capacity. It crunches huge volumes of data to anticipate future patterns.

Insiders believe it can manage satellite position better than any human can. We may even see it taking over some battlefield operations in the near future.

This is in the realm of speculation, as we still wait for many classified details to surface.

The good news is that smart technology has permeated all facets of life. It’s high time somebody applied it to guns. This innovation holds promise to solve two major problems associated with guns.

We’re talking about unauthorized and stolen weapon use.

Fingertip scanners will be one of the main mechanisms for promoting safety. We could also see smart guns working in combination with wearable RFID sensors on smartwatches.

The beauty of these solutions is a lack of any negative effect on rapid weapon use.

This vessel has been one of the most talk-about military topics of recent years.

Many people pointed out to lavish price tag and bizarre, submarine-like appearance. But, it’s the technology “under the hood” that makes this destroyer interesting.

It can operate as a multi-role ship with advanced stealth. We owe the latter capacity to low-radar cross-section design and wave-piercing hull. Experts claim its radar profile is uncannily similar to that of a fishing boat.

Just imagine the surprise of unsuspecting vessels finding out the “boat” is actually a state-of-the-art platform loaded with destructive weaponry.

Russia has no intention of bowing to its enemies.

In fact, with weapons such as 5P-42 Filin (eagle own), it’s able to project power far and wide. This system is an electro-optic countermeasure weapon.

It emits powerful beams of light in order to disrupt enemy equipment. As an added bonus, it obstructs eyesight and causes nausea and disorientation. This makes it extremely difficult for soldiers to maintain aim and hit targets.

Filin is a harbinger of where we’re headed in terms of military evolution. Armies can now lay waste to enemy battle prowess without firing a single bullet.

The Futuristic Weapons of Today and Tomorrow

Technology is making leaps and bounds, enabling us to reach new heights of arms sophistication.

Military researchers are certainly wasting no time pushing the limits every year. Governments are backing them, aware that technological and military superiority go hand in hand. Military spending is only rising and the arms race heating up.

We’ve already seen everything from robots and cybernetics to lasers and super-precise firearms. Some futuristic weapons resemble concepts straight out of an alien factory or the Star Wars franchise.

But, these systems aren’t some outlandish prototypes. They will serve as pride and glory of armies of Earth. We’ve only witnessed the beginning of the new era in warfare.

Browse our technology section to discover more interesting stories and topics. More power to you.

Commute No More: 4 Legit Reasons to Work from Home