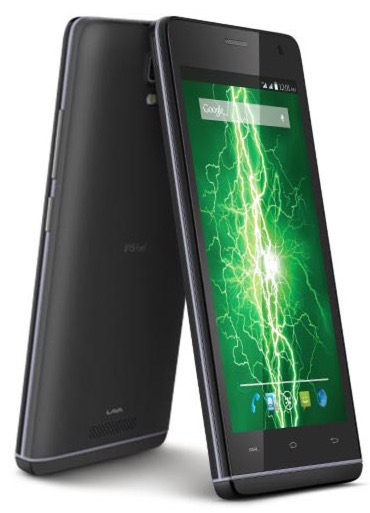 Lava, the domestic mobile-phone brand has today launched its another cell phone under its ‘Iris Fuel’ series. It is known as ‘lava Iris Fuel 60’, which is valued at Rs 8,888.

The real fascination of this smartphone is its 4000-mAh Li-polymer battery, company also claims that their new phone would offer a long-lasting conversation experience & it would take only 3 hours & 15 minutes to hit the full charge from scratch. However, I have reserved our opinion till the time I spend sometime with phone.

Along with the large battery backup, this phone is running on the Android KitKat 4.4 and is powered by 1.3-Gigahertz Quad-Core Cortex A7 processor. Random Access Memory (RAM) of the device is 1GB RAM and Read Only memory (ROM) is 8GB. The company also mentioned that their device will be upgraded to latest Android Lollipop in the future, but it haven’t stated exact time for it yet.

The smartphone is having a 5-inch High-Definition IPS display with the scratch-resistant Corning Gorilla Glass 3. It also comes along with the (720 x 1280) (HD) resolution, with which the company hopes to offer a rich & sharp display.

Navin Chawla, the vice-president and head product, LAVA International at the launch of lava Iris Fuel 60 said that, “The Fuel-series has been carefully designed by the LAVA to meet such a crucial need. Today we are delighted to announce launch of our new member to the Fuel series of the high powered battery smartphones, Lava Iris Fuel 60 with huge power battery of 4000 mAh is designed to provide the users a relief from all battery & power bank hassles.”

Read More
Hello friends, do you know that you can record video of screen of your Laptop or Computer? Yes…
Read More
TTechnology

Read More
Screenshot is the great way to prove the point, build a case or just send somebody something interesting from your screen. All major platforms…
Read More
TTechnology