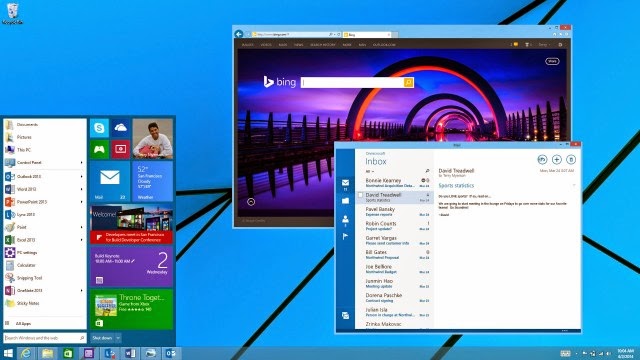 Windows 9 expected to release on September 30

1
Shares
1
0
0
0
Microsoft is now planning to release the preview build of ‘Windows 9’ at special press event on 30th September, according to the sources familiar with plans of Microsoft. This date could still change, but 30th September lines up very neatly with previous leaks that suggested a late-September or an early-October release date for the technology preview of  Windows 9. It is still unclear that how many of Window’s hotly anticipated features will be actually make it into the 30th September release, but hopefully we will at least see a resurrected Start menu & Metro apps running on to the Desktop. We would not be surprised if you have to wait alittle more for consumer preview of the Windows 9.
Also See: Windows 8.2 features and release date
The technology preview of the Windows 9 will contain alot of new features, but it will not contain full complete features. We do expect new ‘Start menu’ to make it the tech preview build and a ability to run the Metro apps in windows on Desktop. We also expect alot of smaller changes to the new stock Metro apps, UI tweaks, etc.
So, wait till September 30 for the experience of Windows 9.
1 Shares:
Share 1
Tweet 0
Pin it 0

Read More
If you need to buy or sell crypto tokens, you need a reliable exchange platform to do so.…
Read More