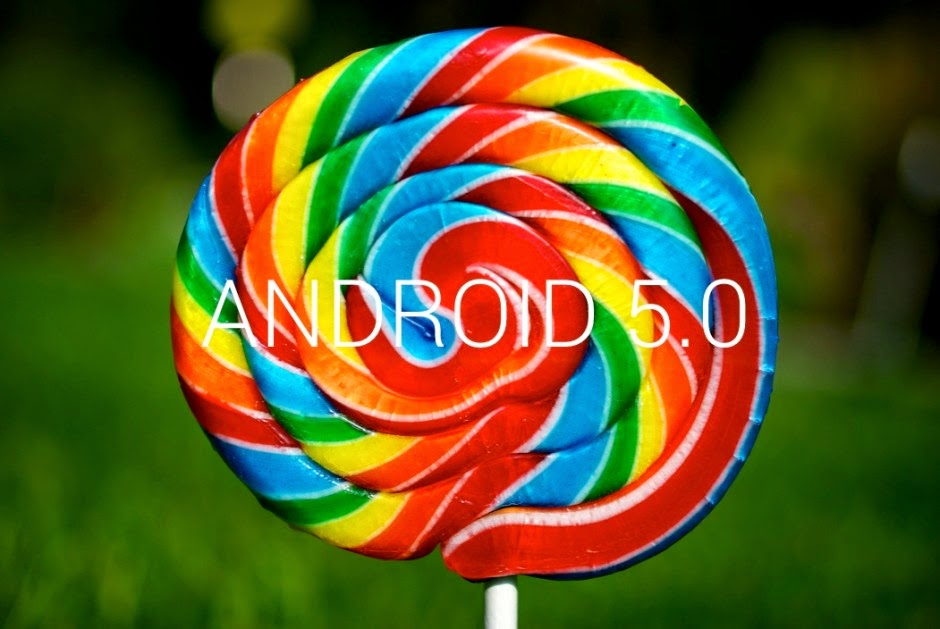 Android has recently announced its new update with great features which is known as Android 5.0 Lollipop. It is also called as Android L which is the biggest update of Android. It’s going to have pretty beautiful design with 5000 new APIs which will available to developers soon.

Android 5.0 Lollipop is released on 15th October and first update will go to Nexus 9 and then Nexus 6.

Android 5.0 Lollipop has a responsive UI colourful and bold design which gives intuitive experience to all of your devices. It is easier to navigate device with familiar visual elements, realistic shadows and lighting, responsive and natural motion. Edge-to-Edge feature helps to focus users attention.

Battery life gets increase in new Android L which saves 30% of the battery. It’s new feature shows the time left to fully charge the Battery when the device is plugged in to charger. This setting can be found in the battery settings.

In the new Android L, you can keep your data safe and sound. Lost or Stolen devices can also be found with the great security feature of Android 5.0 Lollipop and it also proved forced closed of applications for the protection against malwares and vulnerabilities. Android Smart Lock can be used to secure your tablet as well as Phone.

New device sharing feature can flexibly connect your phone with friend’s or family’s phone for sharing. If you forget your phone at somewhere or if its stolen then you can easily access your photos and messages by simply logging in another Android Phone running on Android 5.0 Lollipop.

Get the most useful settings with just two swipes down from top on the screen. You can easily control hotspot, flashlight, WI-Fi, Bluetooth, screen rotation, adjusting brightness and much more.

Android L provides user interface which is adapted for the living room. Users can watch more TV shows and movies with the less browsing. You can also be able to play games on your TV with the help of gamepad.

Read More
Table of Contents Here’s a quick rundown on ASPX files and how to open themWhat Is A .aspx…
Read More
TTechnology