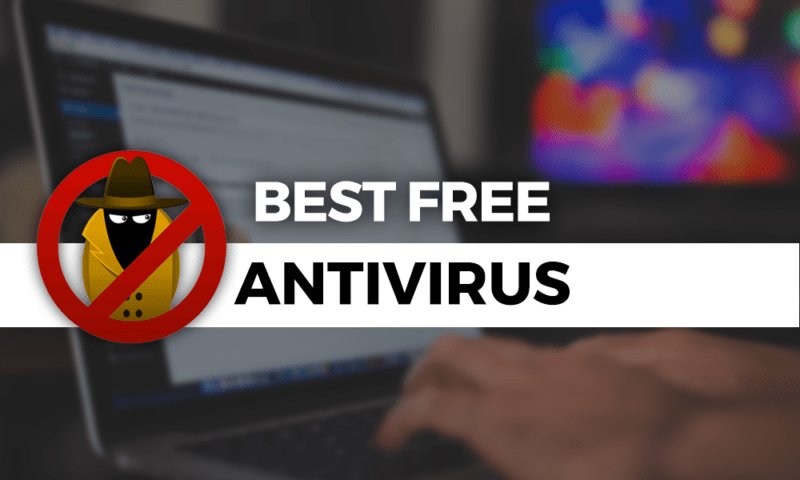 Windows 10 is the world’s nost popular PC operating system and for that reason it is more attractive to target for hackers. The antivirus packages are dramatically improved since the early days of Windows XP, but with the sheer number of users it is still under threat, for thus the users need a regularly updated antivirus in order to be at the safe place and free from the latest threats and by reading this article you are assured that no one will be able to access your data and control your system because i will show you the best antivirus to use.

For a long time Kaspersky has been one of the top antivirus companies in the world. The products of Kaspersky appear regularly at the top of the scoreboard for most of the main testing labs.

With Kaspersky Free Antivirus you have the top rated antivirus engine and the most intelligent blocking of malicious links absolutely free at the palm of your hands. The features of Kaspersky free antivirus include, online banking protection, parental controls, password management, file backup, and coverage for your Windows, Mac and mobile devices. To get the Kaspersky free antivirus you just need to visit www.kaspersky.com and download it using your gadget.

Panda Security Antivirus it is among the latest free Windows detection engine around, over the past years it has been developing it has continued to develop its quality in order to fit in the current world of emerging malwares. Recently the results for AV-Comparatives Real World Protection tests ranked Panda Free Antivirus in the first place as the only product to receive a consistent 100% protection score.

Panda free antivirus has very core antivirus features including a personal firewall, Wi-Fi protection and a secure browsing environment to protect online shopping and banking activities. You can access Panda Free Antivirus by downloading it using your gadget at www.pandafreeantivirus.com

The most awesome thing is that with windows defender you don’t need to stress yourself with the configuration process because it arrives with your PC enabled as default, it is also lightweight, grabs very few resources and for that reason it is unlikely to conflict with anything else in your PC. With Windows Defender all you need to do is get on with using your PC, and the Defender handles everything else in the background.

It is one of the easiest antivirus to use and of the few programs offering solid protection against daily attacks, new unknown threats that the other antivirus programs haven’t been programmed to catch yet. In the recent past it has managed to protect against 100% all day attacks.

It has web and email protection which also provides browser plugin. Other then these features, avast has Wi-Fi newtork scanner as well as video dowloader. it also works as password manager.

It has established itself as one of the most popular security solutions with millions of customers all over the world, since its launch in 1986. The complete look of the Avira home window is clean along with clear buttons for all the settings. Different options are available for malware scanning and blocking. This antivirus protects computers by actively operating in the background. The cloud protection feature offers an extra security layer by scanning the items shared by the users and then pushing the changes in the antivirus definition updates. Avira’s Pro version features the benefits of phishing and ransomware protection besides game mode for extra convenience and USB drive and email scanning.

It is another a dependable choice for virus scanning and protection. You will have to keep a close watch on checkboxes during the installation process. AVG, one of the best free antivirus software presently available, does not interfere a lot with your operating system and has very less impact on the boot process. It offers a solid protection against various types of malware and also keeps a close check on websites and emails and other online activity. For Windows and Mac, this antivirus software provides a web portal for web protection and spying and data theft protection without the need for personal registration.