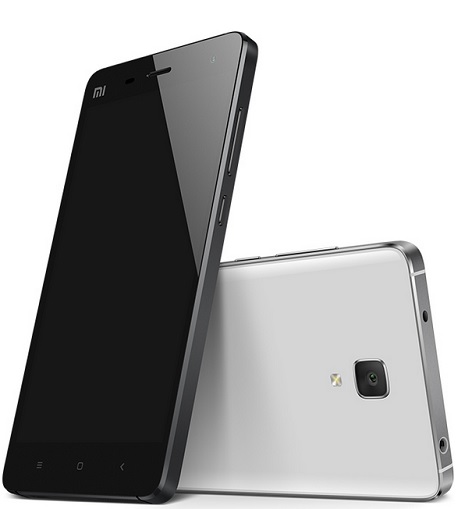 Xiaomi Mi 4 is a launched by company in India which is priced at Rs. 19,999 ($325 approx) for 16GB version. The event was held at Delhi where Xiaomi India’s head Manu Jain launched Xiaomi Mi4 at very reasonable price with great features and specifications.

Xiaomi Mi 4 already launched in china last year (July month), now it enters in India. The Mi series of Xiaomi got very popular in China such that more than a millions people bought it from Flipkart. The smartphone will be available to Indian users from 10 Feb.

Xiaomi Mi 4 is a 4G phone with 5 inch (1920 x 1080 pixels) IPS display screen along with 441-ppi resolution. For protection purpose, smartphone comes with Corning Gorilla Glass-3. Smartphone is powered by 2.5 GHz quad core Snapdragon-801 processor along with 3 GB of RAM.

Xiaomi Mi 4 has a 13 MP back camera with Sony IMX214 BSI sensor, LED flash light, and 4K video recording. The front facing camera is 8 MP with Sony Exmor-R sensor. The images captured by both cameras are having High Definition clarity. There are two storage choices – 16 GB and 64 GB. The Xiaomi Mi 4 is installed with Android 4.4.3 KitKat version, with a layer of MI-UI OS skin which will be easy and attractive for users around world.

The phone Xiaomi Mi 4 is expected to get launch online at Flipkart as most of its smartphones launch in India. It is still not confirm if this device will also have flash sale model similar to  company’s other devices.

But, the most important questions – Will Xiaomi Mi 4 impress the users in India with its price and features?

Read More
As of late, Micromax reported Android Lollipop for its Canvas extent, and now the organization is all situated…
Read More
TTechnology

Read More
In the country where Cricket is a religion and Sachin is god, we never miss to watch any…
Read More
TTechnology