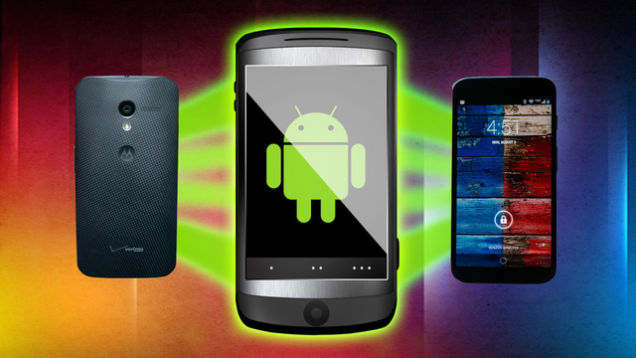 Android is one of the best mobile Operating Systems use by various smartphone makers like Samsung, HTC, Lava, Micromax, etc. This is very easy and most popular after MAC OS. Some people always think that there mobile is fine without rooting, but root Android phone has is own specialty.

In this post, i will show you best reasons for rooting your device. These changes to your smartphone will definitely shocks you. Even i also shocked when i rooted my Samsung Galaxy Core Prime.

After reading these, i bet your mind will change and you will surely want to root your own android device.

Most of the time when necessary, Android is not providing you the option you really want. Either some app is blocked or shows not compatible for your mobile. With the help of rooting, you can simply be able to install carrier-blocked or paid app on your smartphone. Many other hidden features will also get unlocked such that you can do anything with your Root Android Phone.

May be you already heard about Tasker app, which automate things on your phone. This app works fine without rooting device. But if you wants to take more advantage of this app, you need to root your smartphone. It can do certain tasks like – toggling 3G, changing CPU speed, GPS, turning the screen-on and other features require root access. If you wants to enjoy the full benefits of Tasker, you have to root Android phone very soon.

Yes! increasing speed of android device and boosting battery performance are the main benefits of rooting phone. After root, you can install apps like SetGPU. In that app, you will provide two options – one for having beter performance and another for saving battery charge. It’s very much perfect for those apps that run at backgroud of your device.

With rooting access, you can easily block the unwanted and annoying ads from any kind of app. Mostly people wants to remove ads from their device’s free downloaded Music Player app. These awesome apps include – AdBlock Plus, AdFree, and Ad Away. Good news, if you are not rooted you can switch on Air-Plane mode from your smartphone or switch cellular data ‘Off’ of that application from settings.

#3. Backup Your Data For New Device

With taking the advantage of root Android phone ,you can backup your device’s data such as files, music, documents, apps, etc. This back-up will be really helpful if you gonna buy a new Android gadget. After restoring back up in new device, you will get back your old stuff from your previous phone. This root reason will definitely attracts many of you. Titanium backup is good choice which helps to delete unwanted, battery draining and cache files as well as apps, but it only runs for rooter device.

If you love to change phone skins and themes, then rooting is for you. Users can whether change keyboard layouts and replace default styles. The multi-tasking feature will also improves with the help of root android phone. Rooting allows you to change anything from one corner of screen to another according to you and see what customization suits you best.

A custom ROM might have performance tweaks, new great features, such as – overclocking and so on. I believe that the most popular custom Read Only Memory for your phone is Cyanogen 6 or 7. These both are vanilla android firmware. It provides you a totally customizable device which you can design by your own. Installing custom ROM is on of the best reasons for rooting Android devices.

Do you know what are other advantages to Root Android Phone ? If yes, then let us know in comments!

Read More
inSha Editing photos is like the applying finishing touches to the painting. Photos clicked often do not look…
Read More
iios

Read More
WhatsApp is most popular chatting app used around world. It lets you text your friends and raletives. But now…
Read More
AAndroid