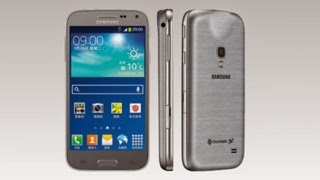 Do you remember Samsung Galaxy Beam? It was that first biggest smartphone in the market that included the built-in projector.

In china, there seems to be some demand for such a gadget as Samsung has just launched the successor to the Beam in that market: ‘Samsung Galaxy Beam 2’.
It will be a mid-range android 4.2 device having a 4.66-inch and 800×480 pixel display, 1 GB of RAM with a 1.2GHz quad-core CPU. If you like to have a tiny projector then its a best choice for you. The projector has a WVGA resolution which is located on the top of the device.
The ‘Samsung Galaxy Beam 2’ smartphone contains a tiny built-in projector.
The device will be available through the china Mobile for a yet-undisclosed price. International availability of that smartphone has not been announced yet.
13 Shares:
Share 13
Tweet 0
Pin it 0

Use Facebook apps with Anonymous Login without giving your Personal Data