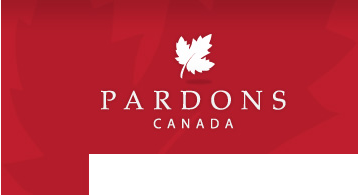 Criminal records are never a good thing, but there are cases where the existence of one is extraordinarily detrimental to the person in question. While that criminal record exists for a reason, many people agree that there are a lot of reasons which can lead to one, and that not all those reasons are unforgivable. In that respect, many people want to know if there is something that can be done to get rid of a criminal record, because criminal records often times stand in the way of important rehabilitation steps. Getting a specific job or even crossing the border into the United States, these things become impossible once a person ends up having a criminal record.

Luckily for people that find themselves in such a situation, there is indeed such a solution, and it comes in the form of a pardon. Those in need of a pardon can access the National Pardon Centre and begin their process toward getting rid of their criminal record, or in other words as it is referred to, receive a record suspension.

Now, keep in mind that record suspensions aren’t loafs of bread, in the sense that they don’t just give them away just like that. There is an entire process which needs to be followed in order to get a hold of a record suspension. Those that manage to get a pardon will do so at the end of a fell fought battle which will require a lot of paperwork and running around from place to place getting permissions, approvals, and so on and so forth.

However, by hiring an agency that handles pardon cases, you can save yourself a lot of time. These agencies came to be as a direct result of acknowledging the fact that a record suspension case can take as long as 6 months sometimes, and it involves a lot of paperwork which the person requesting the pardon might not, and probably will not be accustomed to or know how to do.

These agencies take care of the paperwork and pretty much anything else when it comes to pardons, only requiring your help when it is needed. The good thing is that once the process has started, the countdown towards your record suspension has begun, and there’s a very good chance that you will get it.

There are some things that will be required however, such as producing evidence of a rehabilitation process which typically involves an ongoing job, place of residence and other similar things. Once everything is resolved and the pardon is granted, you will be free to cross over in the United States and practically have a clean slate, or in other words a second chance at doing things the right way.

When Do You Know You Need a PDF Software