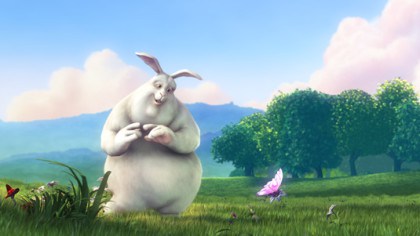 Graphic design is an art of solving the problem or achieving the certain objectives with a creative & systematic plan by using symbols, images or even words. The things used to be manipulated, drawn & edited by using human hands has become purely digital in recent years.

Graphic design software is used for millions of trade papers, newspapers, magazines and posters for providing attention to them by people. The ultimate graphic designing software has some powerful features as well as tools that provides better creativity by showing various effects. No one have to pay for getting best graphic design software as there are many that are free of cost.

SVG’s full-form is Scalable Vector Graphics and is graphic format where-in the shapes are detailed in the XML. Following this, the XML is rendered by the SVG viewer. Web browsers of now days can display SVG just as they display GIF, JPG and PNG. SVG Edit is totally built up on CSS3, HTML 5 and Java Script without any requirement of the server side processing.

You can also modify the codes by downloading this software just instead of creating and edit documents. SVG Edit is built for 2-dimensional vector graphics. If you need 3 dimensional, go for X3D.

DrawPlus is also a 2 dimensional vector graphics editor which was developed by Serif – a software company based on United Kingdom. DrawPlus software provides natural appearing & realistic brushes that permits user to paint with the water colors, oils, and additional media while retaining capability of the vector editing.

There are some amazing features of DrawPlus, such-as making an object 3-dimensional by using the extrusion tool, applying the broad ambit of 3-dimensional styles or draw your own slanted profile, which can be immediately applied to your object.

Google chart tool allows the web application developer to create the charts from various data and then insert it into the webpage. It is another best free graphic design software which is free, powerful and user friendly. You can also add various graphs as well as charts into the spreadsheet, which includes the map charts, bar & line. You can save the chart as .jpg file (image) and then insert it into the document or presentation.

Inkscape is the totally free open source vector-graphics editor. It is the great alternative for those who are unable to move to Illustrator due to their budget, even though with the couple of restrictions. It also have impressive features of sets & tools which include user friendly as well as clear interface, 3-dimensional boxes tool allows speedy drawings and editings, Bezier Curve tool that allowss the drawing of complicated shapes, layer transparency effect etc.

By using Inkscape, graphics can also be re-sized to the huge extent with-out any considerable loss in quality of the image. It is available for Mac OS X, Windows and Linux.

Daz Studio is the 3-dimensional figure customization, animation & posing tool that allow the users to create the remarkable digital animations as well as illustrations. It is an apt tool to design the unique animations & art using the virtual props, environments, animals, accessories, vehicles & much-more. You just need to select the setting and/or the subject, arrange accessories, setup lighting & start creating illustrious artwork.

Along with this free tool, you can also create graphic design elements, custom 3-dimensional avatars & characters, produce the illustrations for graphic novels, comics & books and create your own art-work.