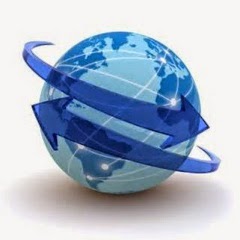 Do you Need some quick fixes for your faster broadband internet connection?  Slow broadband is really frustrating however, you might not need to rush out and buy new broadband package as these 5 fixes will help you to get most from your existing broadband package. Also See— How To Fix Wireless Router Problems

1. Get the most out of your router:

It is well worth to read the manual that comes with your router. There may be settings from which you get the most out of your Router.
There is more to get the most out of the wireless router than just having the right one configured the right way. ‘Where you place your wireless router’ is much important too. The more objects between your router & computer the weaker the signal will be when it reaches to the computer. Some of the objects like doors, furniture and walls can all reduce the signal strength that reaches to your computer.
Ideally you should place your Router as close to the computer as possible and it should be high-up, so there it is less likely that there will be objects in way of the signal. You should place your router away from other electrical items which could interfere with the signal.
2. Don’t overload your bandwidth:
Many people have some programs running in background that they do not really need and which eat up valuable bandwidth. There are many applications which will start automatically when you start up your computer and they will take up bandwidth sometimes unnecessarily.
Applications including messenger services like Skype and Media players could all be running concurrently and draining bandwidth continuosly. For applications you do not use regularly, you should usually change the settings so they do not automatically start-up when you switch-On your computer. If you are unsure about the applications that are running then you can check that by opening task manager (CTRL+ALT+DEL).
3. Don’t share bandwidth with others:
If you have wireless broadband connection then you will get better speeds only if you don’t share it among multiple computer/laptops.
If you have a wireless connection then it is important, not just for speed reasons but also to secure it as this will not only stop neighbours stealing you internet connection, but also stop to access personal informations such as financial details.

4. Talk to your broadband provider:

If your broadband connection is still running slow, it is worth talking to your internet provider as they may be able to diagnose the net problem. Furthermore, if you are on an old broadband package which is no longer available, they may upgrade to it’s modern and faster replacement. For example, entry level package with many providers now offer up to 8 Mbs speed where-as you may have signed up to 1 Mbs or 2nMbs a number of years ago.

5. What about fast mobile broadband?

Read More
If you live life in the fast land, with no time to waste, you may have wanted to…
Read More